Conference Series Ltd invites all the participants across the globe to attend International Conference on Eye Disorders and Treatment Baltimore, USA. 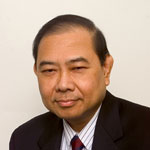 Manuel B Datiles currently diagnoses eye patients as part of clinical trials and research studies at NIH, including an ongoing study of ocular graft-versus-host\\r\\ndisease in recipient of adult stem cell transplants. His long-term research focuses on cataract development and clinical trials involving anti-cataract drugs. He also\\r\\ncollaborates with NEI lens researchers to study the genetic causes of cataracts, and with Johns Hopkins University researchers to study the aggregation of lens\\r\\nproteins, which may lead to cataract development. He is the author of more than one hundred scientific manuscripts and textbook chapters. He has also served as\\r\\nan Editorial Board Member and Reviewer for major ophthalmology journals, including Archives of Ophthalmology, Ophthalmology and Investigative Ophthalmology\\r\\n& Visual Science.

Age-related cataract is the most common cause of blindness in the world, causing more blindness by many magnitudes\\r\\ngreater than the other causes of blindness. The only effective treatment is surgery, which requires expert surgeons and\\r\\nspecial equipment. Because of this, there is a backlog of millions of cataract cases around the world, as there are more new cases\\r\\neach year than can be treated by surgery. There is therefore a need for development of alternative medical treatment. It has been\\r\\nshown in laboratory studies that alpha-crystallin lens proteins act as anti-cataract molecular chaperone proteins, preventing\\r\\nthe aggregation of other lens proteins that cause the lens to become cloudy and cataractous. In the clinic, we have developed a\\r\\nNASA-NEI Dynamic Light Scattering (DLS) device that detects and measures alpha-crystallins in the lenses of patients safely\\r\\nand non-invasively. In a series of clinical studies done at the National Eye Institute of NIH, the Wilmer Eye Clinic of Johns\\r\\nHopkins University, and at the University of Tokyo, we found that as the alpha-crystallins proteins decreased in patients, there\\r\\nwas development and progression of nuclear cataracts, in both cross sectional and longitudinal studies. In addition, there\\r\\nwas also a consistent decrease of alpha-crystallin associated with normal aging. These clinical studies support the hypothesis\\r\\nthat alpha-crystallins serve as the built-in, endogenous anti-cataract protein in the lens. Hence as long as one has sufficient\\r\\nsupplies in the lens, one can avoid cataract; but when one’s supplies dwindle, then one develops cataracts. Recently, we looked\\r\\nat the distribution of alpha crystallins in the different compartments of the lens. We studied 112 patients from 20 to 90 years\\r\\nof age (Mean±SD: 54.63±13.32 years) of whom 51 were female. This study was approved by NEI-IRB and all tenets of the\\r\\nDeclaration of Helsinki were followed. Each participant gave their written informed consent. The NEI-NASA DLS device was\\r\\nused to measure alpha-crystallin index (ACI) in vivo at nuclear, anterior and posterior cortical areas in participants’ lenses.\\r\\nParticipants were examined by slit-lamp and lenses were graded using the AREDS system.\\r\\nResults: DLS assessment in normal clear lenses revealed that ACI was significantly abundant at lens nucleus (16.17±6.20%)\\r\\nand anterior cortex (15.67±9.03%), compared to posterior cortex (12.44±7.35%, both p<0.05). There was a significant inverse\\r\\ncorrelation between age and DLS -ACI at all three regions in non-cataractous lens: specifically, ACI significantly decreased\\r\\n0.40±0.05%, 0.30±0.03% and 0.18 ± 0.07% per year at nucleus, anterior cortex, and posterior cortex respectively (all, p<0.05).\\r\\nWe also found great variability in the ACI distribution among young normal.\\r\\nConclusion: ACI is highest in the lens nucleus, followed by the anterior cortex and is lowest in the posterior cortex. There was a\\r\\ndecrease in alpha crystallin proteins in all compartments associated with aging, as well as with cataract progression, consistent\\r\\nwith previous findings. There was also a great variability in ACI distribution in young normal which may suggest genetic\\r\\nvariability. Preservation of one’s lens alpha-crystallin proteins may help minimize one’s risk for age-related cataract.

Keynote: Quality of vision, what do we need to know?

Jan Bonel is presently the CEO of Visiometrics. In the early 80’s, he started out in his native Sweden as Sales Representative at Pharmacia, AB. These were the early days of IOL´s and Healon™. This is truly where he got involved with ophthalmology, both professionally and emotionally. With his experience as teacher and\\\\r\\\\nalready trained economist, at Pharmacia he received an extraordinary background. As Distributor for Chiron Vision, he belonged to the select group which brought\\\\r\\\\nLASIK, with Hansatome and Technolas, to the world in 1992. He with Dr. Güell, were the first in the world to promote LASIK as a standard procedure. He also served\\\\r\\\\non the European board of Chiron Vision. After 10 years of dedicated hard work with the finest experts, in the optic space, the HDAnalyzer™ was launched, a true\\\\r\\\\ngame changer allowing to understanding the objective part of vision.

The talk will deal with key understandings of PSF and MTF in describing the limits of optical quality and vision. We have\\\\r\\\\nnever before had the possibility to really understand what the patient is really seeing, The HD Analyzer offers the very first way of understanding all of the light reaching the retina and how that correlates with what the patients manifest seeing.

Keynote: The innovations and new technologies used in the diagnosis and treatment of glaucoma in Bolivia

Manuel Jose Justiniano is the former President and Founder of the Bolivian Glaucoma Society, Bolvia. He has co-authored many articles in both peer reviewed and\\r\\nnon-peer reviewed journals. Has presented in many international conferences and is a member of many reputed associations.

The world of technological innovations is a great part of our lives today. In ophthalmology, new machines, or surgical\\r\\nmodernizations appear almost every day, so it’s a hard work to be continuously learning something new, and finding\\r\\nthe equipment and novelties that will really improve our work and our patient’s outcomes. Modern Spectral domain optical\\r\\nCoherence Tomography (SD OCT), Computerized visual field analyzers, are now and obligatory exam in glaucoma suspects\\r\\nor in control patients. The better communications and internet services, allow us to be learning the benefits of telemedicine,\\r\\nwhere new ophthalmologist can share their doubts and questions to experimented specialists, and this specialists, can share\\r\\ncases and doubts with investigation or referential centers even in foreign countries. The diagnosis and interpretation of Narrow\\r\\nangles, angle Closure and Plateau Iris are now clearer with the benefits of the Ultrasonic Biomicroscopy that allows us to see\\r\\nin vivo movements and physiological process like pupil dilatation, to understand mechanisms of these aggressive glaucomas.\\r\\nIn the treatment, Selective Laser Trabeculoplasty (SLT) has proven to be an effective, cheap, and safe procedure for Open\\r\\nAngle glaucoma control and treatment, in almost any stage of the disease. The good results achieved with this treatment,\\r\\nhas encouraged us to start the first Bolivian Program of Glaucoma Blindness prevention, with SLT procedure as a first line treatment in Santa Cruz de la Sierra, with excellent results in one year of controls. Modernization is a key factor to improve glaucoma control, and it can be done even in third world countries.